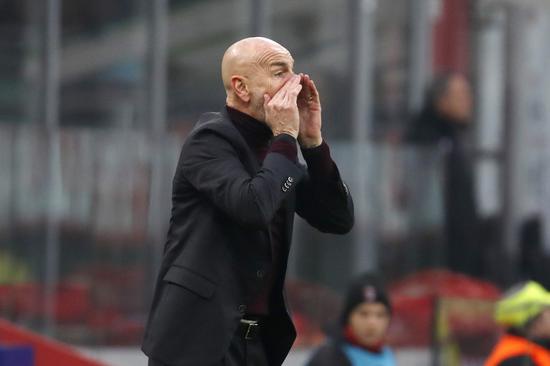 Live it, October 18th. After the Milan Derby, Milan coach Pioli accepted an interview with the media. He talked about some of the technical and tactical arrangements of the game, Ibrahimovic’s performance, the meaning of winning the game, and Milan’s future prospects. Multiple topics.

"I said yesterday that the result of this game will not have a decisive impact on the season in any way."

"Ibrahimovic did his best in this game, he even asked to replace himself, but this time I did not agree to him. Ibrahimovic is an extraordinary player, he has strength, determination, and character, which gave Milan a lot Great help.

"We were constantly attacked by the opponent in the second half, but we withstood it. This shows that we have made progress. We have learned from the previous mistakes and learned how to stay focused. The spirit of the team It’s also very good, everyone works hard,

"I am also a little surprised that the outside world did not foresee that Leo will start this game because we lack Rebic. He scored two goals in the last game, and Leo's start is in line with our goal. The game’s tactics are arranged. Of course we also know that this will take some risks, but we want to deal with Inter in this way, and even give their forwards a lot of space at the same time, because we need more offense."

"I like to think about things positively, and I think I'm an optimist, but I also realize that at least 3 or 4 teams have invested more than us this season, and they are in a higher rank. Of course we have our own ambitions, but we now focus more on the future."