The official best of the last round was released. With his outstanding performance, Wei Shihao, a player from Guangzhou Evergrande, was elected as the best player in the 15th round of the Super League and became the second local player in the official round of the Super League after Jin Jingdao this season. Wei Shihao, who returned from injury, came on as a substitute for Talisca in the second half. He shot 1 goal, scored 1 goal, 12 passes, 2 breakthroughs, and created 1 penalty. In halftime, he ran 5097.8 meters and ran 395.6 meters with high intensity. 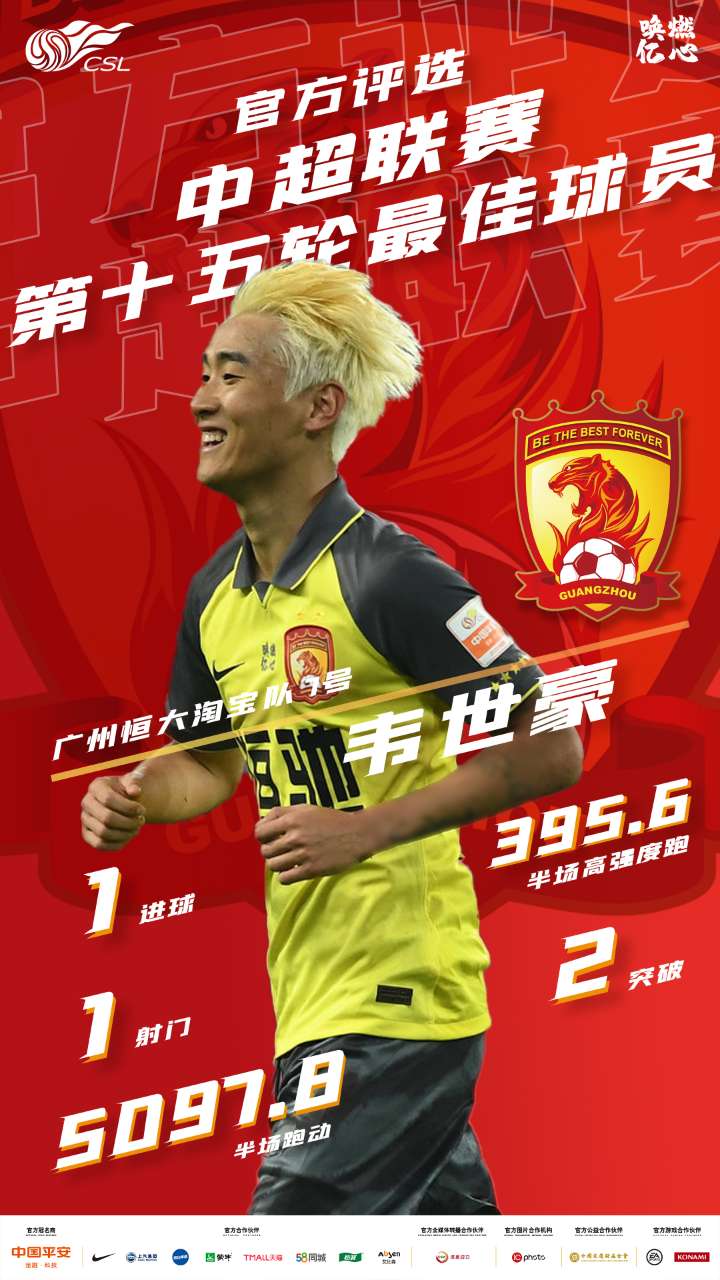